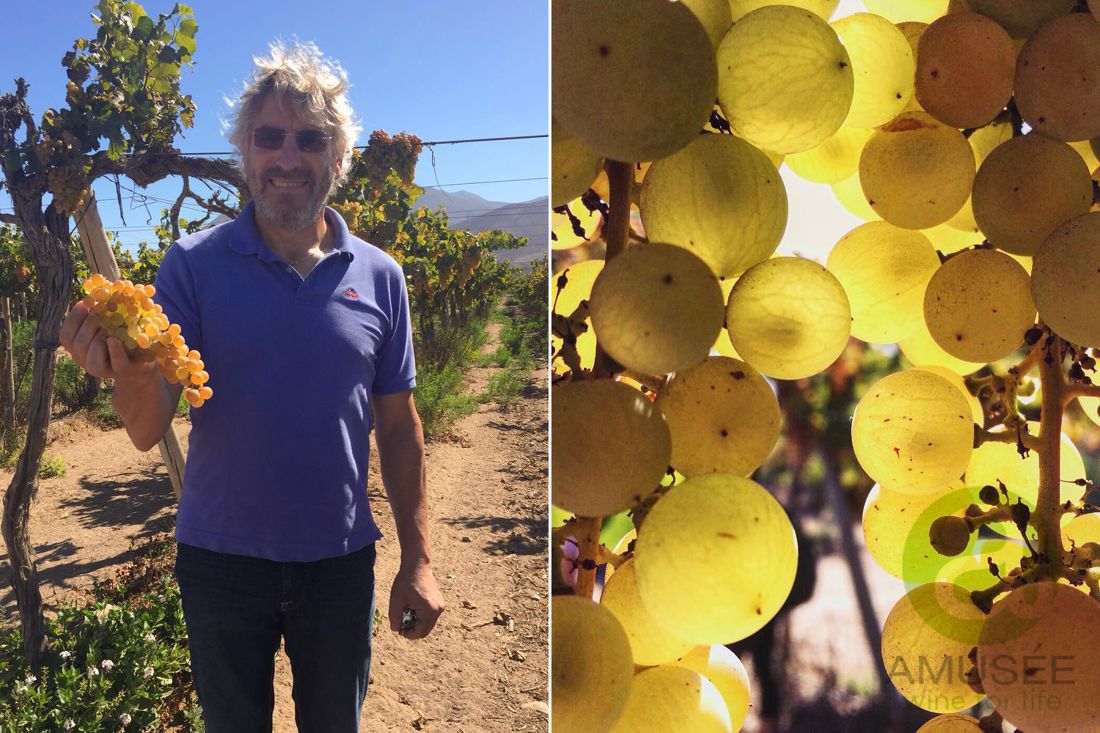 You could say that Viña Mayu's destiny was written in the stars.

Mauro Olivier grew up working in vineyards during summer breaks from school. So when the time came to start his own winery, he decided to make the most of the clear, arid conditions in Chile's Elqui Valley. In this desert valley, the days are hot and dry and the nights are fresh and cool. It is known for its crystal clear atmosphere, perfect for viewing the stars and the majesty of the solar system at night. The valley actually holds the worlds' majority of observatories.  In fact, the Elqui Valley is considered an International Dark Sky Sanctuary. So, in 2005, Olivier staked a winery in this magical region, calling it Mayu, the Incan word for "river of stars" (the Milky Way!).

Olivier tapped his cousin, Italian-born Giorgio Flessati (pictured above), to be Mayu's winemaker, and the two set out to make unique and delicious wines that take advantage of the Elqui Valley's extreme nature.  With over 320 days of sunshine and mostly rain free atmostphere (1-2inches of rain a year), tthe Elqui is one of a kind.  Hills, desert, and frigid nights make for one heck of a growing region!

Mayu boasts some of the highest vineyards in the valley, and they are particularly known for growing and caring for Pedro Ximenez. The Pedro Ximenez grape is a Spanish varietal typically used in deep, dark sherries. But you won't find dessert wine at Viña Mayu! Instead, winemaker Flessati coaxes Viña Mayu Pedro Ximenez into a super aromatic white wine that balances fruit and minerality in a refreshing way. This is the kind of juice you'll want to drink with alllll sorts of food. Its high acidity is a perfect sidekick to foods that are fatty and rich, as well as lighter, leaner fare.

Of course, Mayu's roster doesn't end with Pedro Ximenez. The winery also produces Syrah, Riesling, Sauvignon Blanc, and Carménère, to name a few. Our Sommelier, Leslee, had the pleasure of touring the hilly Mayu vineyards with Giorgio Flessati himself (the photos you see here are from her trip). While strolling the vineyards, she plucked a Pink Muscat grape straight from the vine, and it tasted JUST like cotton candy! If that doesn't have you jonesing for a glass of Mayu, well...